“We left Puerto Madryn on Wendesday. Stopped at Punta Tombo along the way. We heard there were lots of penguins; still shocked seeing the masses of these 2 foot tall, black and white characters. I am writing this in the car. We are spending the night in the car at a little town called Perito Moreno. Another long drive tomorrow before we arrive at our next destination. OK . . . I really don’t like sleeping in the car.” 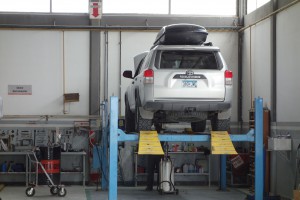 We had our car serviced in Puerto Madryn. It is essential we do regular maintenance including synthetic oil changes every 10,000 kilometers (6,200 miles). We cannot find 0W-25, used 5W-30 instead. This stop was surprisingly inexpensive. The entire place was friendly. They gave us garbage bags for the road and 2 sunshields . . . felt like VIPs.

We drove about 2 hours south of Puerto Madryn to a tiny peninsula called Punta Tombo. Much of the drive was on a dirt road. Apparently, many people underestimate how long it takes to get here. We heard a number of tourists grumbling as they strolled through the park.

Punta Tombo is a nature reserve. Once it was an estancia: a large privately-owned ranch. The owner donated all this land to protect the wildlife. We paid about $17 US to enter. 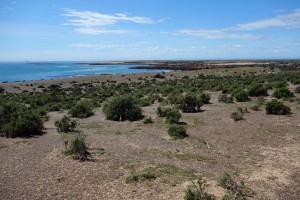 We walked along the designated trail, the ocean was on our left and a hillside to our right. The hills were peppered with holes or “caves.” Each was home to a penguin couple. It really looked more like a hill where you would see gophers. This idea of penguins living in holes in the sandy soil was hard to wrap my head around. 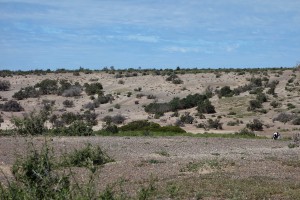 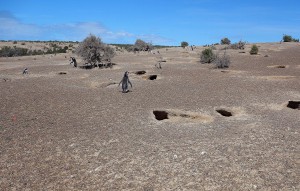 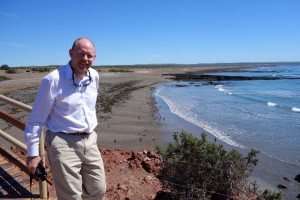 From September to April, 1 to 2 million Magellanic Penguins make Punta Tombo their home. This is the largest penguin colony outside of Antarctica.

The penguins come here to mate, nest, incubate their eggs, and raise their young.

The penguin couple stays together for the season, taking turns staying with the nest (or caves) to protect the eggs. The babies mainly hatch in December and later. We were too early to see babies, just lots of eggs. 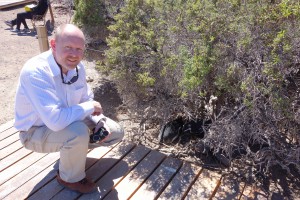 It is hard to describe this area. Walkways have been set up so tourists can view the penguins without interfering in their lives. They seem to take this human presence in stride. You are warned by signs every few feet to stay on the walkway and not to touch the penguins. They will bite if they feel threatened. They have a couple eggs to think about. 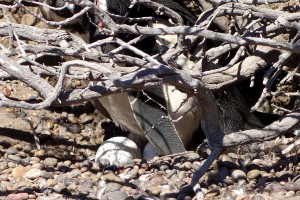 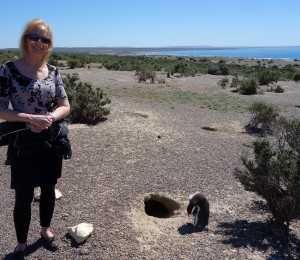 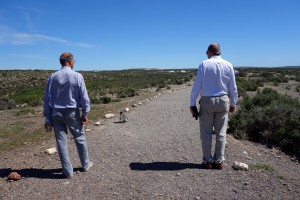 Even so, you can get within a few inches of them. Standing on the walk, they will cross very close.

We had already seen penguins, but the sheer number in one location was breathtaking. Imagine a million penguins waddling around, looking for their nest, digging it out , fighting for territory, cuddling with their mate, or just chattering. You are surrounded by a continuous braying sound (like a donkey); thus, these penguins are sometimes called “Jackass” penguins. The racket risies and falls in intensity.

There is other wildlife; various birds, guanaco, foxes, and rhea.

We needed to hit the road: we still had a long way to go.