“We arrived in Salta. The drive provided lots of great scenery as always.” 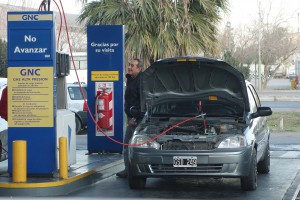 As we were fueling up to leave Mendoza, we saw this car filling up with natural gas. If they can have it here, why not back home? 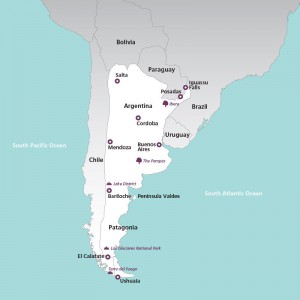 It was a long drive to Salta; located in the far northwestern part of Argentina. We passed by the town of La Rioja. Did not stop this time. However, we did stop for a night on our way back down in 2015.

North of La Rioja, you can find some of the world’s oldest dinosaur bones and prehistoric petroglyphs. 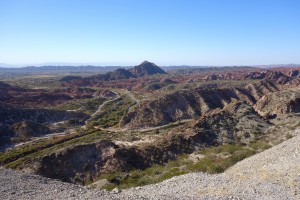 The scenery  was dramatic. 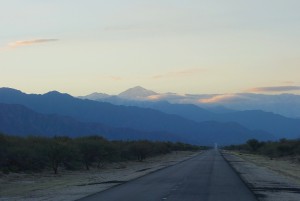 A few pictures I would love to frame.

I am so glad we are driving our own car. We often found ourselves well off the beaten track. Paved roads led to dirt roads, which lead to narrower and rougher dirt roads. We saw no other people on some roads. Most tourists do not travel through these remote areas. Our car allows us to see more. We tend to avoid the places highlighted in the guide books. We are also fortunate to be able to travel at a slower pace.

We spent the night in our car at Belén.

The next day, we had lunch in Cafayate. We liked the town well enough to stop for 2 days on our way back thru in 2015. During our return stay, we visited Chato’s Wine bar. The owner was very friendly. He took the time to tell us about the area. He did his best to offer us different wines. Much of the listed wines were not available since we were off-season. Wineries we liked… Esteco – the new name for La Rosa, had some of best tasting though the pours were small. El Porvenir – really yummy wine, we bought 2 old bottles for same price as the recent vintage. Nubes – great Torrentes, small, and organic.

An area north of Cafayate is known for it’s sandstone formations. We could not stop on our way through. We cannot leave our car full of stuff unattended. 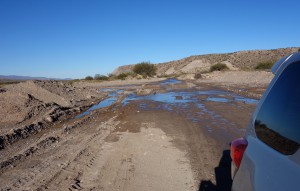 Often, rivers ran near the road. Occasionally, they cross the road. This is  called a badén.

Deep grooves were left from previous heavier flows. No snorkel needed at this time. Chris says we can have water to our high headlights . . . rather not find out. 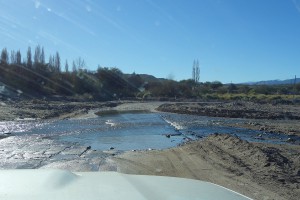 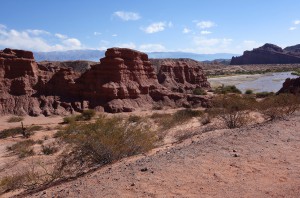 Many scenes reminded us of the USA. 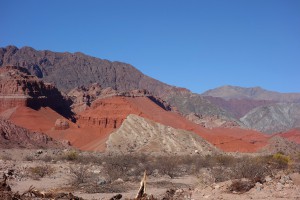 Before reaching Salta we came across these vibrant red hills 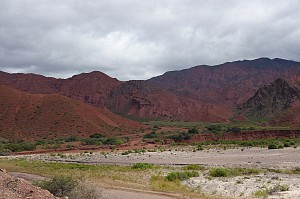 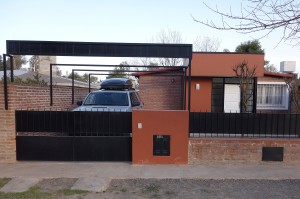 The street view of our new home in Salta. we will be here for 3 weeks. The house is a basic little box house with a yard and a huge pool. This is not the right time of year for us to play in the pool. The main drawback to our new home: no internet. 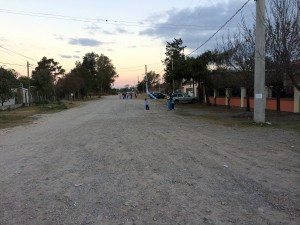 This is the street in front of our home. A block down on the right is a tiny restaurant with erratic hours. But, it had internet. We went there most days. 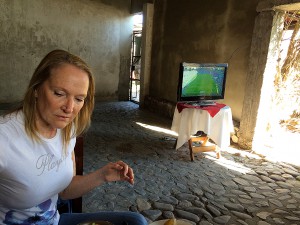 It was at this restaurant that we watched the The World Cup Final (soccer): Argentina vs Germany. We met a Germen/Swiss couple who we later invited to dinner. We had a very stimulating dinner conversation about the US death penalty and everyone deserving a second chance. It got quite animated. 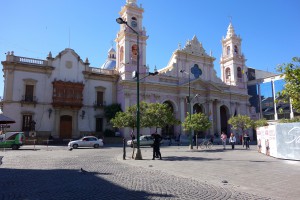 Within Salta, there is a pretty pink church: the Cathedral Basilica. 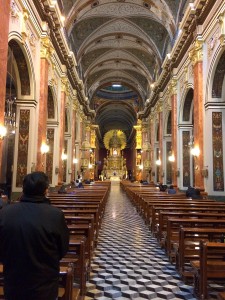 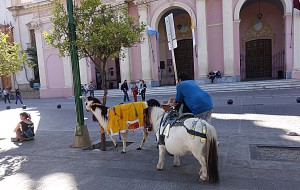 Of course, for a few coins, you can have your picture taken outside with a llama or a burro. 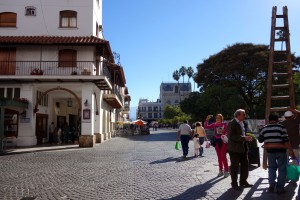 We spent the day wandering around town.

Salta is a backpacker’s destination. 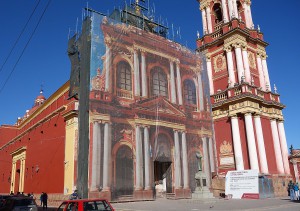 The Iglesia San Francisco was being renovated. An image of the final handiwork was printed on sheer fabric and hung in front. 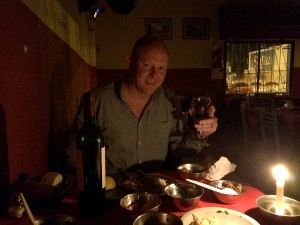 Our last night we had an impromptu candlelight dinner when the power went out. Power outages and fluctuations are fairly common.

When we stayed in Salta a second time in 2015. The owners of our tiny house gave us a news printout about the volcanic eruption that was dropping ash on San Martin. We were grateful for the heads-up. People are incredibly thoughtful here.