“We left before sunrise. Long drive today. New border crossing. Heading back to Chile. Learned the definition of Argentine is ‘pertaining to, or resembling silver;’ seems perfect. “ 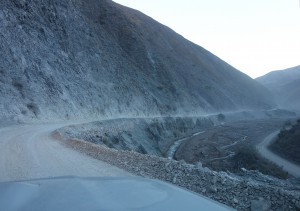 We left Salta when the sky was just beginning to lighten. We drove along the river. The sun was at least an hour from cresting the ridge. 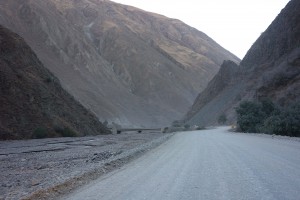 Initially, we wondered if we were going the right way. No signs. This is a brand new road: still dirt and roaming with construction vehicles. The old road can be seen below, on the opposite side of the river. 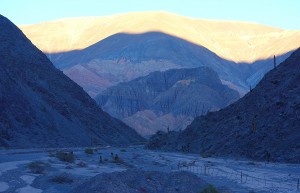 Every once in awhile, I get a picture I call “sofa” pictures. I envision blowing it up and framing it to hang behind the sofa. This is one of those pics. We passed this in the early morning; the sun was just hitting the farthest hill. The colors were just beginning to develop.

I really do not have much to say in this post. Pictures of what we saw will be worth …more than words. 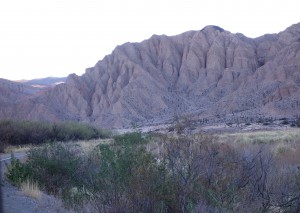 The elements dramatically carved the mountains. 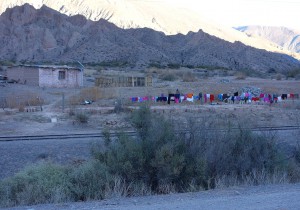 Laundry day gave a bit of color to an otherwise muted landscape. 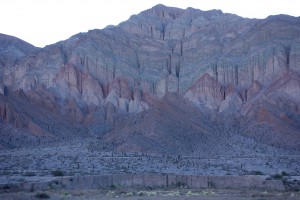 It is still early, the sun has not hit much of the hills, but the colors are intensifying. 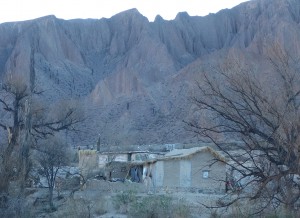 Rural homes were often quite basic. 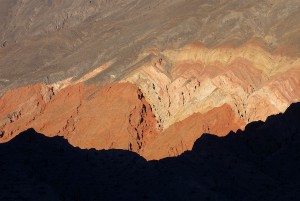 Another “sofa” shot, the sun has begun to light the distant hills. 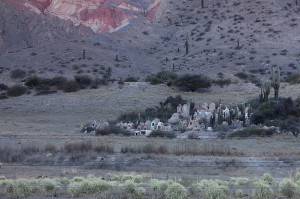 A tiny, quaint cemetery. You can imagine how the color will pop on the red hills behind. 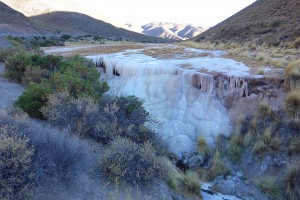 This gives you an idea of how cold it was at this elevation. The river gradually froze, leaving behind a work of art. 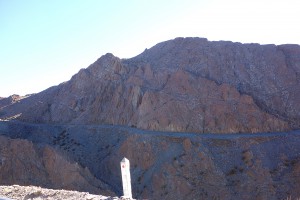 And we thought some of the roads we drove were frightening – look at what we would have driven a few years ago! 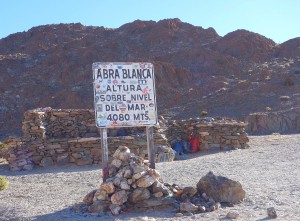 We have reached the pass through the mountains. Vendors huddle to keep warm, ready to pop up from their rock shelter if a car stops.  The top of Pike’s Peak is just over 14,000 feet; this pass was close at 13,400 feet. 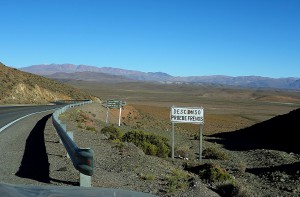 Heading back down. We are getting close to the border. 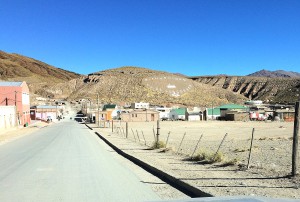 We reached the town of San Antonio. The ONLY place to get gas along this route. Make sure to have cash in Argentine pesos. We had used ours up since we would not want them after crossing the border. We lucked out finding an ATM that worked. Not sure what we would have done otherwise. The gas station definitely would not take ANY other currency …or a card. 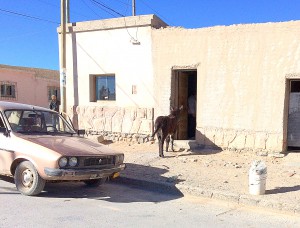 We caught a picture of this burro just before he went indoors. 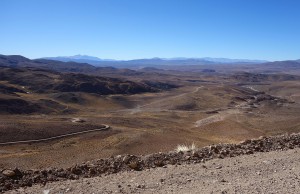 The border was just ahead on this dirt road. Would have hated to run out of gas here. 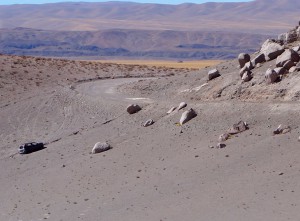 I don’t think he ran out of gas. We could see the tracks this car left as it went down the hill. Not sure if the rock slide had anything to do with their detour. 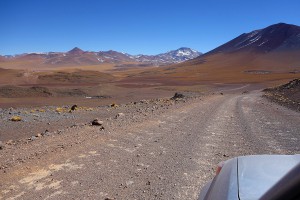 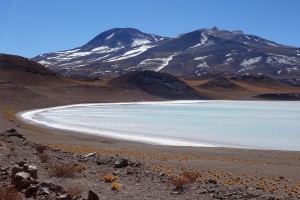 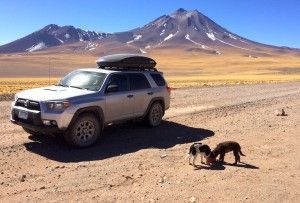 We stopped to stretch our legs and let the dogs run. We make frequent stops for the dogs. Always checking out the surroundings. Takes a bit to find the right place: no glass or debris to harm doggie paws, no burs, no mud, and no bulls! Once when we were not paying attention, Sedona went nose to nose with a huge bull. Both just seemed curious. Freaked us out to think what could have happened.

We had now spent a total of 240 days in Argentina. This was broken up by a 4 month trip into Chile and one month in the USA. We needed to continue our travels towards Colombia.

I will now take us back to November of 2013. We were leaving southern Argentina and about to do our southernmost driving in Chile. At the Perito Moreno Glacier, we had reached the most southern point of our travels in South America. After a lot of discussion, we decided not to drive to Tierra del Fuego. The route had frequent warnings for extreme winds (very flat) and we did not feel it was worth our time unless we were en route to Antarctica.