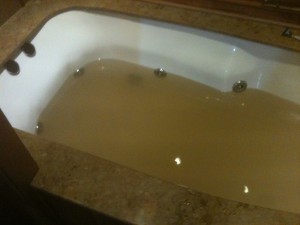 The ash was our biggest problem in May. In June, the serious rains started. We are talking torrential rain, day after day. The drainage system at the golf course was overwhelmed. Our tap water became brown with ash. When I ran a bath, it was questionable how cleansing it would be.

At the onset, everyone was excited to see the rain. This area had been experiencing a lengthy drought. People were happy to watch Lake Lacar refill. But, the rain continued to fall. The lakes flooded, the rivers flooded … impromptu lakes materialized on the golf course. 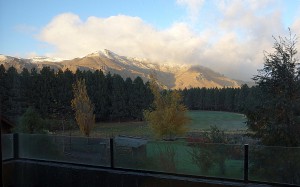 Even with all the rain, we loved our new home. We have a mountain behind us. One of our first mornings we awoke, rolled over in bed and gazed out our picture window  . . . . and this was our view. Not bad! 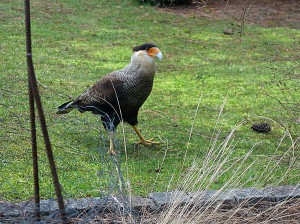 This character is aggressive and bold . . . the dogs don’t want to meet him. 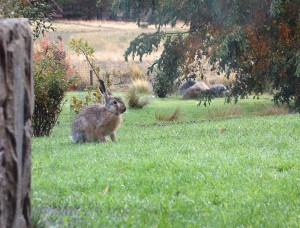 That is not to say they would not chase these guys.

We have lots of little friends who drive the dogs crazy. The low windows throughout the first floor gave them quite a field of vision. 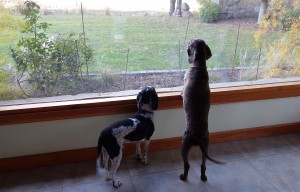 When the sun broke through, we had the additional gift of a rainbow…or two. 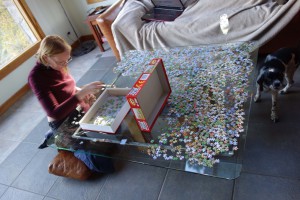 Over the next few months, our backyard view slowly evolved. 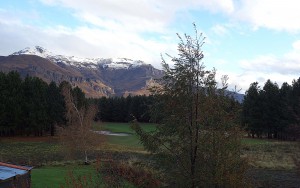 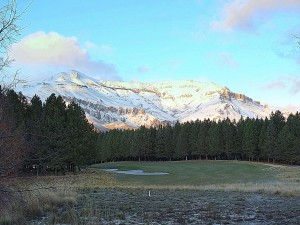 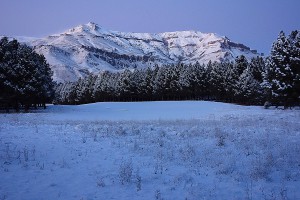 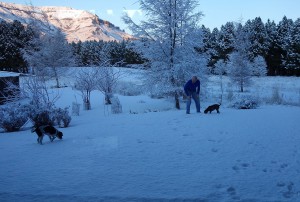 All the children went out to play! 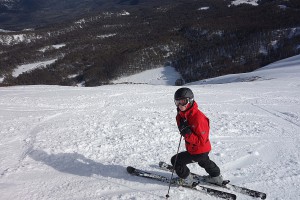 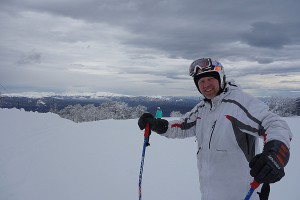 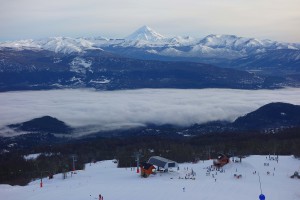 We bought a season pass, so we skied whenever we could. Most days, we arrived at the hill by 8:30 for a 9 o’clock opening. The lot had a handful of cars and every now and then a few horses. We are fortunate this culture does not produce morning people. We enjoyed almost empty hills and lifts for hours. We would ski until noon. By then, the hills were packed with people. Amazing the number of people just arriving as we left. 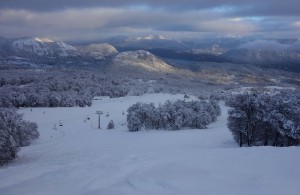 They had missed the best skiing – freshest snow and less people.

This year, we had to buy chains for our vehicle. Our tires worked fine, but the police would not let anyone pass unless they at least had chains in the car. We never did use them.

We brought our skis, boots, and poles from home this time. Nothing like having your own equipment. If you do need to rent, last time we rented everything (top tier – high performance) and it cost very little, especially when you could use the Blue Rate exchange.

As August began, the snow became wetter. The bottom runs eventually were snowless. We needed to take the gondola back to the base. Our goggles, covered in water droplets,  became impossible to see through. Chris said he had once heard of a finger wiper; I wanted one. 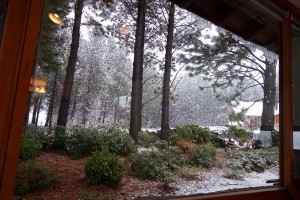 One day while we sat in front of the fireplace, giant snowflakes started to fall. It looked like mother nature had opened up a giant feather pillow. 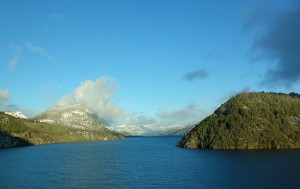 Even as the snow dwindled, the drive up and down the mountain was always breathtaking with it’s incredible lake and mountain views. 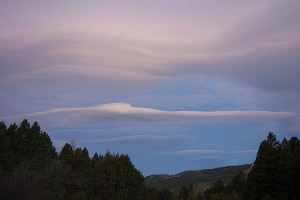 Weather did have it upside. We would sit on our terrace watching the continually changing sky indulging us time and time again with a colorful show. 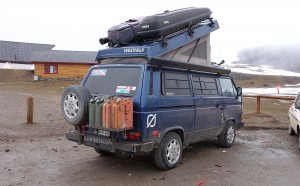 We met another couple who were even crazier than us. They left California 3 years ago in this van. They have two small children, one born down here. They live in their van much of the time. I realized I am spoiled; I love staying in a solid building. I was going to add “and lots of space”, but I guess they have the whole outdoors. We had considered coming down with a motor home, but I am glad we chose to do it our way. 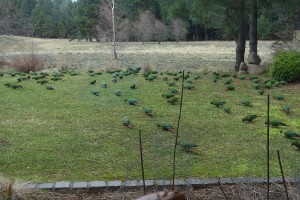 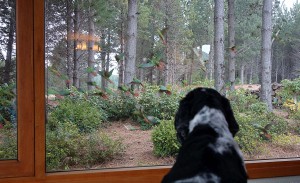 I already did a post with the parrots, but  little did I know they would become regulars. They show up at some point every day. I am mesmerized watching them. They land in mass, covering the yard, then suddenly they all fly up, circle and often land again right where they started. When flying, you can see their bright red tails. The dogs are finally taking their arrival in stride. 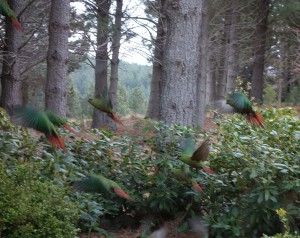 This area is known for fly fishing; especially nearby Junin de los Andes. I have not tried fly fishing since I was a little girl at a dude ranch in Montana. Hope it is like riding a bike. We have talked to a guide about going out some time in November when the season starts. Look out trout!