The SOUTHERN RIGHT WHALE is one of three right whales, the only one in the southern hemisphere. The right whale is the rarest of the large whales. An adult is 45 to 55 feet in length and can weigh 60 tons (120,0000 lbs). It’s head makes up a staggering 1/3 of it’s length. 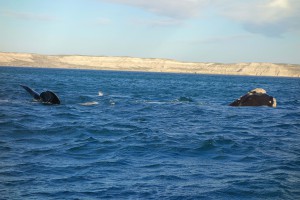 There are two kinds of whales; ones with teeth and ones with baleen plates. The right whale is a baleen whale. A baleen is like a strainer made up of plates and bristles. They strain the ocean for zooplankton and krill. Long ago, the baleen was harvested from dead whales to make corsets and buggy whips.

Sadly, the right whale population has been decimated over the years by whalers. Whalers actually gave them their name, right whale. They are the “right” whale to pursue since they are slow, like to stay close to shore and best of all . . . they float when dead due to their blubber.

Right whales take 10 years to reach maturity. Females have one baby every 3 to 4 years, which they nurse for 1 year. Males have the largest testicles of any animal, weighing 1,100 lbs – some facts just beg to be shared! They have a life expectancy of as much as 100 years.

Right whales are thought to be quite intelligent. They communicate with one another by sonar which can be heard for miles. It is a beautiful and eerie sound.

If you are trying to identify a whale, you can look at its water spout. The southern right whale has two blow holes. Thus when they spray, they create a “V” shaped spray. 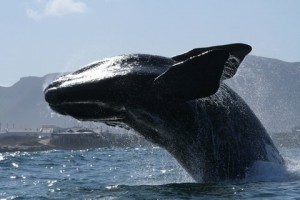 One of the most amazing things is watching these massive creatures breach. They launch their huge body into the air, sometimes propelling their entire body out of the water. Then they twist around, often re-entering the water belly-up. It is thought they do this for play, to communicate, or to remove parasites. Breaching is usually done in sets of 4 to 6. 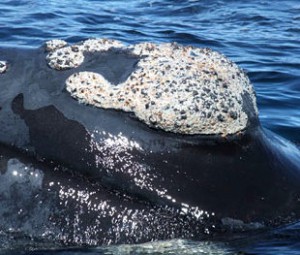 Now . . . . to the part that gives me the creeps thinking about it. I mentioned the white areas on their head. These are as unique as a fingerprint, thus they are used to identify one whale from another. They are called callosities. 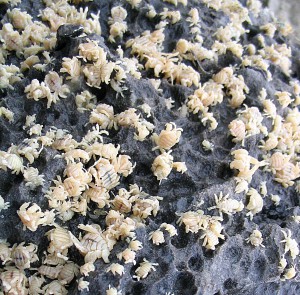 It is made rough by whale lice eating into the surface of the callus. It appears white due to the presence  of thousands of tiny whale lice, barnacles and parasitic worms. The white part is literally alive. I get the shivers just thinking about it.