“Loved having the policemen across the street. Makes me feel safe.”

Safety in South America was a big concern for us when planning this adventure.

Compared to the USA, the police here can be very intimidating. They dress in military-like attire and often carry fully automatic weapons. I wanted to take a picture, but I always chickened-out.

When an armored car stops at a bank, the police get out – guns in hand. It made me nervous just walking by.

Something we had to get used to was the fact that the police cars ALWAYS drive around with their top lights, blue lights, flashing. The first time we saw them at night we thought they were on a mission to somewhere…no! sure makes you anxious when they are behind you in traffic. 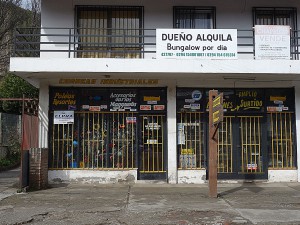 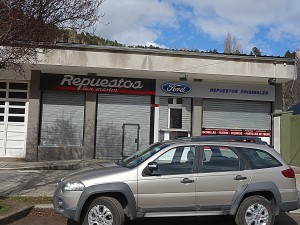 For security, businesses have bars on the windows and/or metal gates/doors. Most houses have bars on at least the first floor (until we got to southern Argentina). Most homes have fenced yards. Everyone is very security conscious. 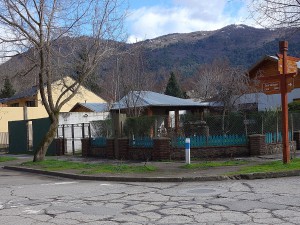 Most homes in a town or city have fenced yards 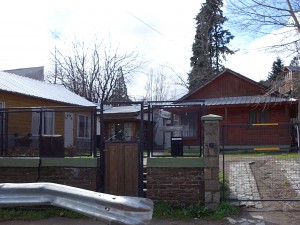 No bars on the window, but this was taken in Patagonia 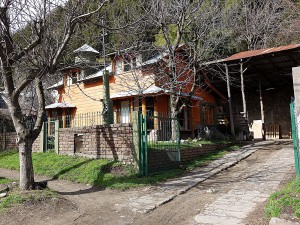 In South America, there is a difference between the local traffic police and the military police. You will come across road blocks set up by both, but the level of corruption varies by country. In Colombia, you can tell the military apart from the traffic police by their boots – a good thing to learn when it comes to bribes. Never try to bribe the military in Colombia – the military was not generally corrupt there….. but the traffic police were. Right now in Ecuador, the military could be rough for US citizens since they are angry about a US military base in their country. Overall, we hated being stopped by either, but the traffic police were more apt to be looking for a bribe. This is justified by the locals saying the police are underpaid. Just make sure you have your documents ready…no fumbling looking for stuff. Some small bills. Have copies of ALL your important papers. Try not to hand over any originals. They often will insist, but not every time. We read lots of tips of “how to avoid paying a bribe”. We decreased the amount we paid and even avoided a few, but we were not willing to go to some of the extremes others tried. I guess everyone has to decide what they are comfortable with.

Overall, we felt very safe in South America.  We paid attention to alerts from the State Department. In every country, including the US, there are places to take more caution.

Right now, in San Martin de los Andes, Argentina we are relaxing. The police and military here are friendly and we have not been “shook down.” We needed a break after Ecuador and Colombia. We were so naïve when we started.