June 20, 2013
“To go to the market takes us a half day. The drive alone takes a minimum of a half an hour due to traffic. We plan to go once a week. This is a great city to walk in. There is lots of old architecture on almost every street. Bus and taxi service is readily available.
We found a restaurant within walking distance of our house that has the least expensive yet most delicious steak.”
Cordoba continued to be a good home base for us. I still hated driving in and out, or around the city. I continued to keep my eyes shut unless Chris needed my help reading a map or finding parking.

We found a large market that had lots of food options, but it was a bit of a distance from our apartment. So we did a weekly run to the large market, filling in some of the basics as needed at nearby “mom and pop” stores that are everywhere. 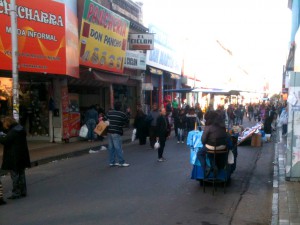 When we had our car, we would stock up with large 5 to 6 liter water bottles. This was used for drinking and cooking. We were still hesitant to drink the tap water. I forgot to mention that in Uruguay, we drank only bottled water, too.

It was impossible to walk more than a few blocks without seeing an old, well-preserved building. Some walks passed by beautiful old churches. One that stands out is The Cathedral. It is so old that it is on the first maps of Cordoba. 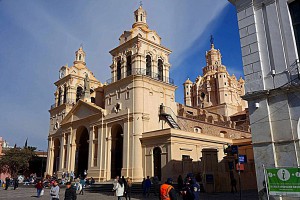 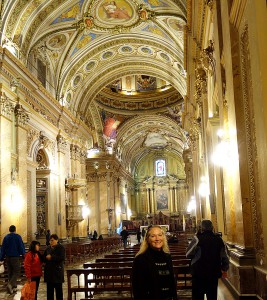 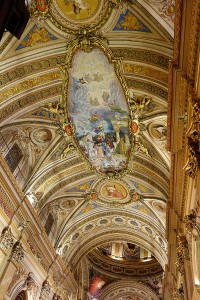 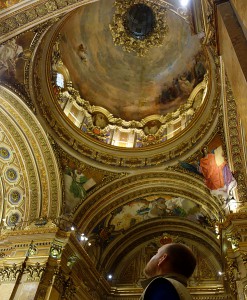 Near the Jesuit College we found this quaint square with old trees that obviously had been planted long ago. The bricks tumbled away to make room for the expanding trunk. 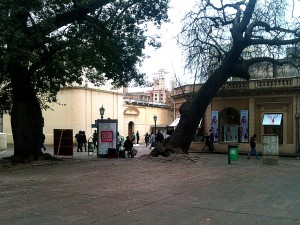 A major building project was the canal, La Canada. We found pictures of the canal before and after major renovations were done. When completed, it provided a beautifully paved and tree-lined walking path next to the water. Elegant bridges cross the canal every few streets. It was a wonderful walk most days.

We passed this wicked looking tree. Definitely a back scratcher. 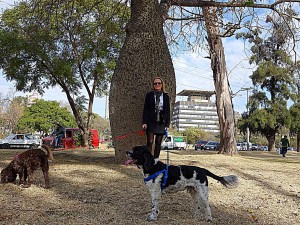 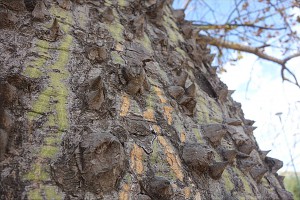 A close up of the spines

Along the way, we checked out the restaurants. We tried a few, but soon realized that there was one in particular, Patio de la Canada, that was always busy with locals. That is a good sign. They had incredible, juicy Bife de Chorizo, an excellent cut of steak. Other restaurants had this cut, but the other places were more expensive. Even the wine was reasonable. We ate out at least once a week. I always had the same thing, Bife de Chorizo and Puree de Papas or mashed potatoes. 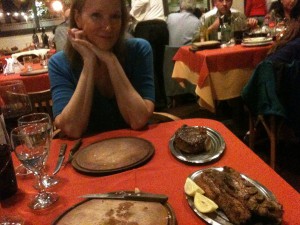 Chris would try other things on the menu, so I got a chance to sample everything, too. It is hard to say no to eating out when it was hardly more expensive that eating in our apartment. It also helped that the exchange rate was very good and favored the dollar.