August 2, 2013
“This is the most adorable town. You feel cozy the minute you drive in. And everything is so clean. This town is different from the other towns we have been in. Hope the skiing is better than Las Leñas.”

San Martin will be divided into four posts. I am trying to keep each post short so you can get through it in just a few minutes. I ran long on Iguazu, but that was Iguazu.

Our first encounter with San Martin was in 2013. That is where we will start. Two posts will cover our time back then. We spent two weeks enjoying as much of San Martin as we could. Two weeks goes by very fast when you are having fun.

The two posts following these two posts will be our current time in San Martin. I am writing this on the couch in our home in San Martin. This time we are here for 7 months! We fell in love with this area the first time we were here and decided to return for a longer stay before leaving the continent.

Our story continues back in 2013 on the road from Las Leñas to San Martin. 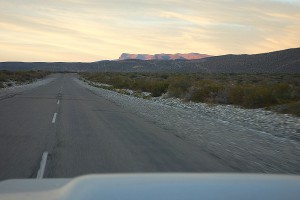 Heading towards the “brown” hills in the distance 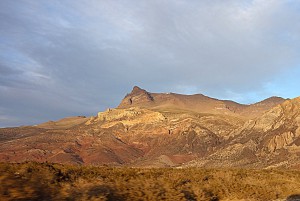 These are the “brown” hills we saw from afar. Wow! 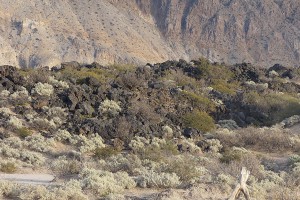 It was still very dry and at times basically colorless, but even the earth seemed to compensate for this drabness. 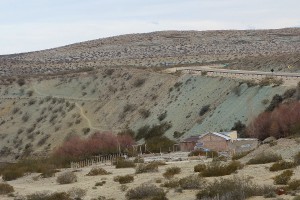 As the plants all turned brown, Mother Earth provided some color. 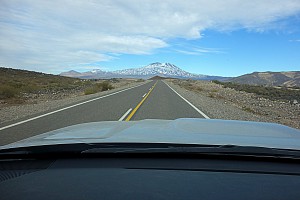 The road stretched to the horizon, giving us our first glimpse of a volcano. This area has the highest concentration of volcanic cones in the world. 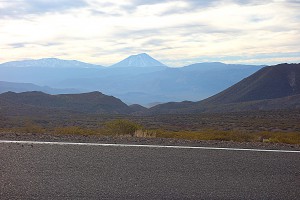 I think this is a picture of Payun, the biggest volcano in this area. 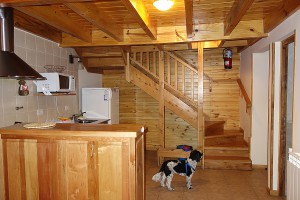 Our next ski destination is Chapelco located outside the town of San Martin de los Andes (San Martin for short).

We pre-booked lodging in San Martin. We had a two-level apartment in a charming wood lodge. 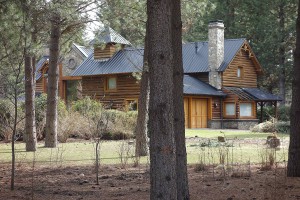 Many of the houses and stores on the touristy side have a wood and stone exterior.

Much of the architecture in San Martin is wood and/or stone. It was built up as a tourist town, so most of what you see looks like what you might find in the mountains of Colorado.

One day, we decided to cross the river to where many of the locals live. The roads became dirt and the housing was much more basic. Most tourists do not go to this side: there is nothing to bring them here, access is limited, and there are no restaurants listed in the guide books. We felt a bit voyeuristic driving through.

The area including San Martin and farther south, Bariloche, is known as The Lakes District due to the obvious reason that it has lots of large beautiful lakes. For this reason a number of people have commented on our Minnesota plates – Land of 10,000 Lakes. They want to know if we really have that many lakes. It is fun to tell them we have even more than that!

San Martin is in the Neuguen Province. I mention this for archeology buffs. This area is known for having one of the highest concentrations of dinosaur bones in the world!